Where did I go?

This morning I ran beside a rough green sea.  The sun was out, which made it easy, and the wind was sharp, which did not.  It blew at me so hard it seemed I would never get to the place where I tend to turn, the arbitrary yellow line drawn on the pavement that means I’ve reached the halfway point.
When I started to run, it was in the woods.  Two years ago, I had a long residency at Yaddo in upper state New York, and I ran around its lake, dodging ice and snow and watched as spring came slowly, slowly.  (Here’s a post I wrote about starting late as a runner, and all the things Yaddo taught me that I’ve tried to keep, with differing degrees of success.)  One year ago, I was running pretty well, thinking every year I’d get that little bit better, that little bit stronger and faster – and then a bit of news changed every direction I had set for myself and changed all the courses.
One year and one week ago, I landed in LA to sit with my mother in the hospital, to walk beside her metal bed as it wheeled down the corridor for the first of her 10 radiation treatments, and to be with her for her first round of chemotherapy; there were meant to be 3.  A radiologist said she “had months” and the oncologist wanted to “find the source” so that they could best treat it, though no one seemed to be under any illusion that they could “cure” her.  At 83 with cancer in her bones, they were only looking to give her a little more time to get ready.  As it was, she lasted 30 days.  Some of those days I missed, thinking we had those “months” ahead.  I flew back to file my taxes, for goodness sake, and for other commitments that, with hindsight, I could have cancelled easily.  You cannot know what is coming, even when someone tells you there will be time.  And, all of a sudden, it has been a year. 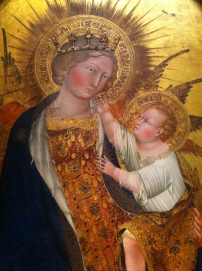 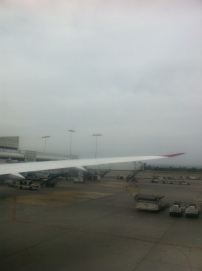 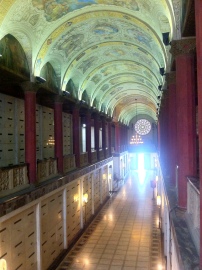 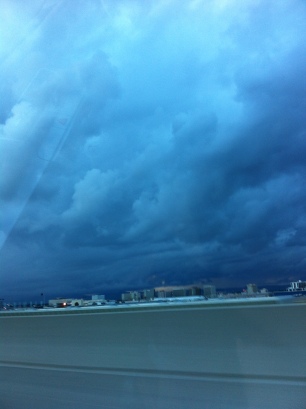 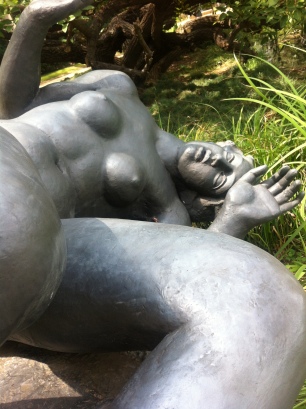 Where did I go?  I have not been here.  I have been somewhere far away, deep inside my head, but today the sun was out and I felt as if I were back in my skin.  It’s new skin now.  Rawer and thinner.  The wind can blow right throw me.  My body is full of new and surprising sources of pain, as is my heart.  (My back went out at the end of December, a little past the halfway point of last year, when I should have been turning around and running back.  It taught me a lesson. There is nothing like lying on the floor with your knickers around your news to remind you that, sometimes, you have to ask for help to get back up.)
I have asked for a lot of help this year.  Not enough, maybe, but far more than I am accustomed to.  I’m made of Puritan stock; we endure.  I benefitted from asking for help from old friends, distant cousins, chiropractors and psychotherapists. The School of Life taught me artful lessons in calm and resilience.  (What I thought was resilience was endurance.  We should not seek to endure, I have learned, but to thrive.  I have learned how resilent I am.)  I am grateful for wise teachers, generous writer-friends, and kind people able to overlook my crazy – or to sit with my crazy and let it be.
At the halfway point today, I turned around and found the wind was at my back.  And suddenly, it was warm and calm, and the run for home was light.  And I felt nothing but gratitude for being on my feet.  And I don’t know where I’ve been for the last year, but I feel as if, right now, I’m here.