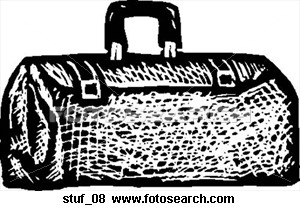 I am packing again.  This is a big pack, not a little pack.  Little packs aren’t so hard.  They say you’re going into London for a couple of days for work, or not work.  They say you’re off on a small adventure.  They say there might even be a holiday in the offering.  Big packs are harder.  They require consideration and selection.  They require planning and imagination, ripe with the question: what will I want in February? In March?

Clothes aren’t so hard.  We only have so many extremities we need to cover in the pursuit of modesty.  Even when the extremities will be subjected both to arctic snow and to southwestern sun, it is only a matter of choosing.  Shoes are harder, but what girl wouldn’t say that?  And shoes aren’t so heavy, an important consideration when the airline limits you to 20kg.

No, what is hard is the books.  The packing of books, which are heavy.  The choosing of books, to just take one or two, say, which is nigh impossible.  As I leap back into the first draft of my second novel, I know where I left my character and I know where she is headed.  I know enough to get started and to get back into the writing.  What I don’t know yet is what I don’t know.  What will I need to know?  What will I want to look up and to read?  For the last pack I had a mighty basket of books for research.  To be fair, I didn’t use many of them.  Knowing they were there, I suppose, meant I didn’t panic over needing them.  But what if they are not there?  What on earth will I do?  Just the thought makes me toy with packing only books – modesty be damned!

But I will not be packing books, I guess.  I will make what notes I can digital.  I can photograph the prompts and props I have relied on.  And what else?  I can trust that, despite having books I have yet to read, I know enough already.  I know enough to write this story right now.  And anything I don’t know?  Well, that can wait.  Books will always wait for us to want them – need them – again.

From: Uncategorized
← Berlin’s Degenerate Art
New desk →
No comments yet